As times are changing, the leadership role in the world of business is changing from “managing” to “coaching”. To give leaders the skills they need to become great coaches, Andreas Schilling relies on Coach Wooden’s “Pyramid of Success”.

„Success is a piece of mind which is a direct result of self-satisfaction in knowing you did your best to become the best you are capable of becoming.”

John Wooden proved that many principles applied in sports can be transferred to business. Him being a true legend in his lifetime, he is considered part of the Mount Rushmore of coaching in American professional sports. As head coach of the UCLA men’s basketball team, he won 10 NCAA championships in 12 years (1964-1975), including seven in a row. A man possessing a knack in leading people while constantly working on himself and his leadership qualities. In over 40 years of coaching, he developed and continuously refined his “Pyramid of Success” as a coaching tool.

Coach Wooden is about teaching one to become a great individual leader, having forced his players to become the best leader in their given role in order to move the team forward as a whole. The Pyramid of Success is the mental foundation of leadership, team building and team play.
Coach Wooden’s “Pyramid of Success” consists of 15 key points:

Later Coach Wooden added “The Mortar,” consisting of 10 smaller keys seen as fillers along the sides of each block to help fill the remaining spaces that hold the Pyramid together

A holistic, very mature approach based on a framework of values, inviting oneself to be true to one’s principles. Coach Wooden’s definition of success remains equally consistent to where it is not solely based on winning games. The condensation of his experiences formed into a world renowned coaching philosophy portrays charisma far beyond the realm of sports. 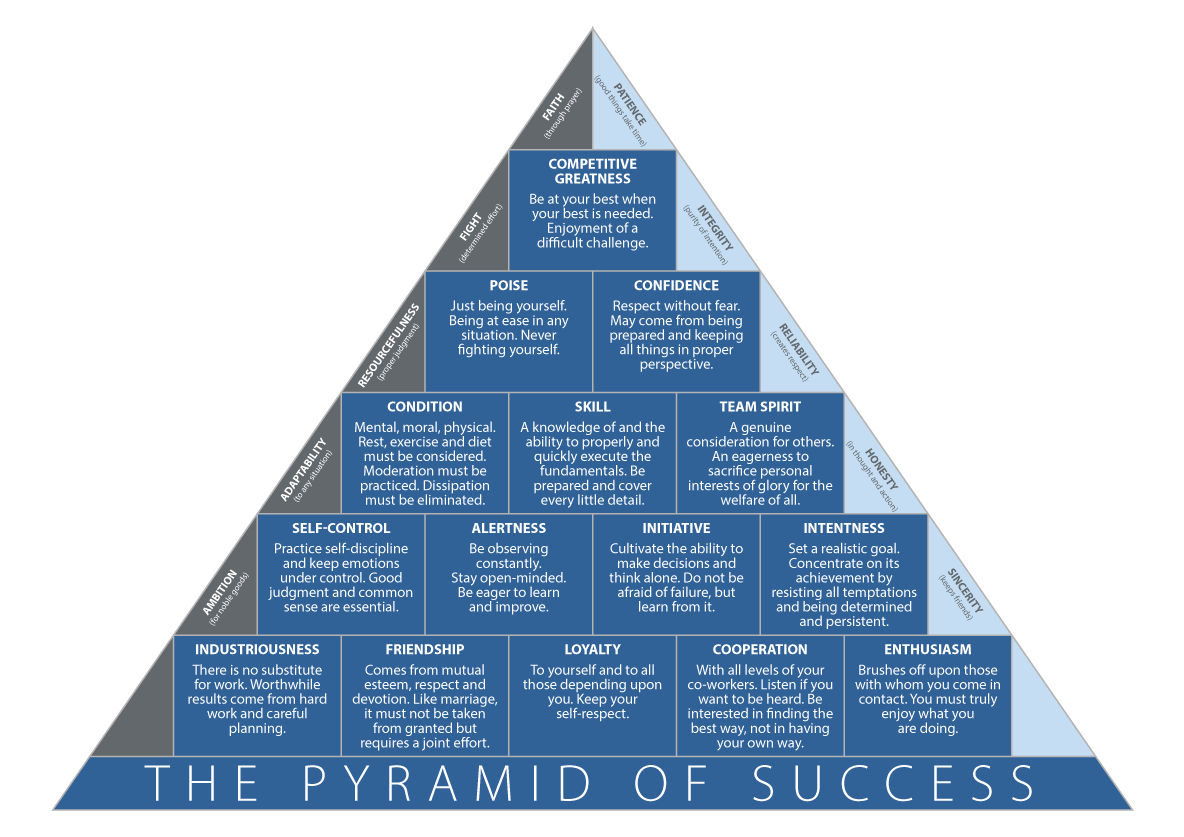 Have a project? Let’s work together.